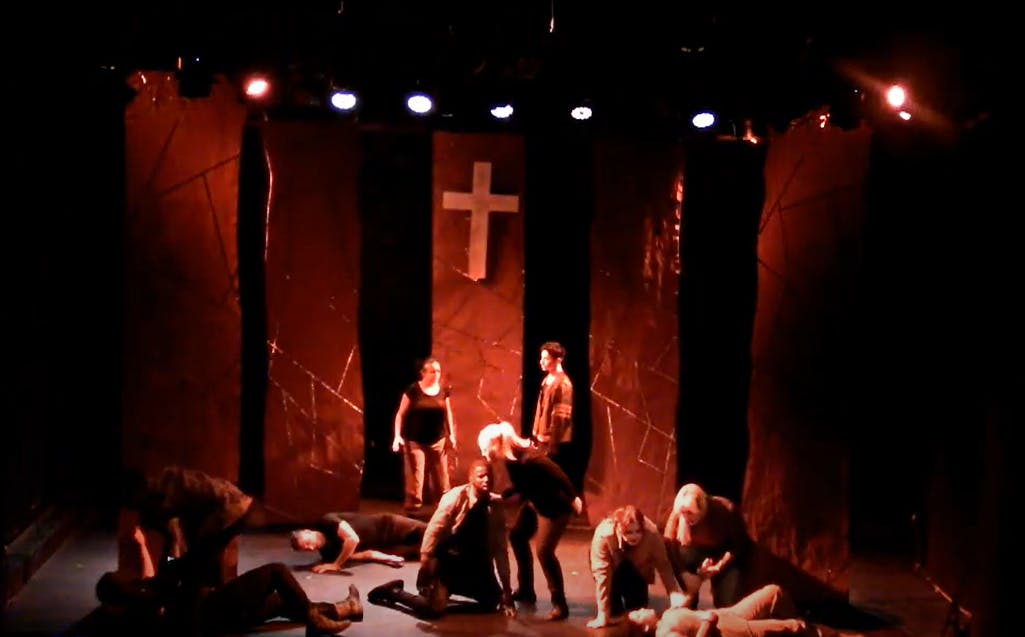 Set in the far distant future, One Empire, Under God - an epic, dystopian drama in two acts by Anthony J. Piccione - tells the story of how an emotionally disturbed young man - with the help of virtual media technology - is able to rise to political power by inciting an uprising against America's openly atheist president, and subverting democratic and military rule throughout Western civilization, paving the way for him and his descendants to rule for generations to come. Every step toward a more perfect union is followed by an enormous reactionary backlash. That historical trend remains very much alive in the future, as seen in this provocative indictment of nationalism, imperialism, and religious extremism.

THIS SCRIPT WILL BE EMAILED TO YOU IMMEDIATELY UPON PURCHASE, AND IS CURRENTLY ONLY AVAILABLE FOR READING PURPOSES. CHECK BACK LATER FOR INFO ON PRODUCTION LICENSING.